Notions of appropriate gender behaviour hit adolescents hard. As youth were viewed as the driving force of progress, their sexual development was seen as central to the nation’s security. Heterosexuality was embedded in a host of codes, from dresswear and style, to demeanor and choice of social activities. Narrow standards of normalcy were reinforced by the growing power of the psychiatric profession and the dominance of Freudian-inspired psychoanalysis. This set of lessons looks at those in this ‘suspect’ category who were drawn into the mental health system. 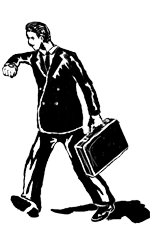 In the late 1940s and 1950s Canadians worried about the Cold War and the fragility of world peace.  At the same time, the unprecedented postwar economic boom led Canadians to believe in a prosperous future for all.  This combination of fear and hope served to orient Canadians to home and family, with an emphasis on stability.  The ideal family was Anglo/Celtic, middle-class, heterosexual, and patriarchal.  To stray from the ideal family was to threaten the stability of individuals, the family, and even the nation.

In this idealized world, homosexuals in particular were targeted as deviants.  Homosexuality,  perceived as a character weakness and suggestive of susceptibility to Communist influence, came to be associated with spying and treason.  Initially, security screening in Canada focused on the Canadian Broadcasting Company and the National Film Board, but then branched out so that every homosexual in the entire civil service feared discovery and dismissal.  Fear of communism also impacted policies at the local level.  In Toronto, for example, due to suspicion of communists infiltrating the school system and influencing young impressionable minds, the Toronto Board of Education forced teachers to swear an oath of allegiance to Canada.  In this climate of fear, homosexuals were attacked as untrustworthy and immoral.  Many Canadians had no choice but to hide their sexuality and adhere to the prescriptive norms of acceptable male and female behaviours.

These lesson plans revolve around presenting students with the construction of “normal” in society and pairing it to the homophobic actions of the Canadian government during the Cold War.  Presenting students with primary resources around post-war “normal;” long-term effects of homophobia in the Canadian government and the psychiatric profession; and increasingly progressive diagnosis of “homosexual” by post-war psychiatrists, this lesson is intended to give students the resources to construct and come to their own conclusions about the standards of “normal” in society.

Even though these lessons deal with homosexuality/LGTBQ issues, this lesson is not exclusive to advanced social studies classes.  According to the maturity of your students, you can choose to emphasize the history of homosexuality in Canada or general post-war history.  The aim of this lesson is to have students question the construction of normal and look at the ramifications of diagnosing something as abnormal.

All resources are provided in the lesson plans in the form of links to the More for the Mind archive or other websites.   As well, suggestions for reaching all learners are included in each plan. Ideas are given for extensions to the lessons if time allows. 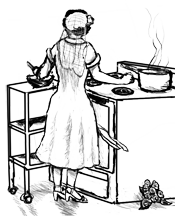 These lessons would be suitable for the following courses.  For specific learning outcomes covered, check the curriculum links at the of the page.